The Frahmes Meet Christopher Reeve at “Fifth of July”

Being a big Superman fan throughout my childhood (I was born in 1955), I had all the comics and saw all of the episodes of The Adventures of Superman. I had them all memorized. That was Superman to me. For years, I hoped that someone would put him on the big screen, and do it right! I remember seeing Superman – The Movie in the theater back in December of 1978 for the first time. The teaser trailer in the clouds with the streaking letters really grabbed me. The posters all said, “You’ll Believe A Man Can Fly.” The anticipation was unbearable to me. When Chris made his first appearance in costume flying out of the Fortress of Solitude, a little boy sitting two or three rows behind me shouted, “Look, Mommy, it’s Superman!” I got a lump in my throat and tears in my eyes. That exclamation made the scene absolutely perfect for me.

When it was announced in 1980 that Chris Reeve would be in New York City on Broadway starring in Fifth of July, I had to get tickets. I knew nothing about the play, but that didn’t matter because it was Chris Reeve, after all. He was the man who made Superman REAL for me. The girl I was dating, Cathy, who later became my wife and the mother of my two sons, suggested that we wait around in the cold air after the play ended to see if we could meet Chris. I was a little skeptical, doubting that a well-known actor would actually spend time with fans on a freezing cold late winter night. How wrong I was! Chris spotted us and immediately invited us into the backstage area (which is why he is not wearing a winter coat in the photo with Cathy). Cathy’s first impression of Chris was that of amazement…he was so tall (he was 6’4″ and she was an entire foot shorter)! He was very warm and down-to-earth and talked with us at length. Then he signed our Playbill and posed with Cathy for a photo. It was definitely the highlight of our night on the town.

Thanks, Chris, for everything. You are greatly missed.

As a recent aside, I thought I’d share with everyone what my son is up to. Christian is a student completing his senior year at the SUNY Purchase Conservatory of Film. He has aspirations of being a director and/or actor. I take the credit (or blame, depending on what the future holds for him), as I was feeding him horror and superhero films since he was old enough to understand them. During his sophomore year, the students had to direct various scenes (of their choice) from existing films. One of the scenes that Chris re-shot was the Superman II: The Richard Donner Cut scene at the Honeymoon Haven Hotel when Lois shoots Clark. Emily Fleischer, who portrays Lois Lane in the video, has a famous relative – her grandfather’s cousin is Max Fleischer of the 1940’s Superman short features! Christian didn’t know that when he selected her for the part. It came out during the shoot! Christian has gone on to filming many more pieces since then (a few originals, as well), but this scene has always held a special place in my heart. If you are interested in seeing it, or any of his other films, they are posted on Vimeo.com. Click here to view the Honeymoon Haven Hotel video. Anyway, I hope you enjoy his student films. 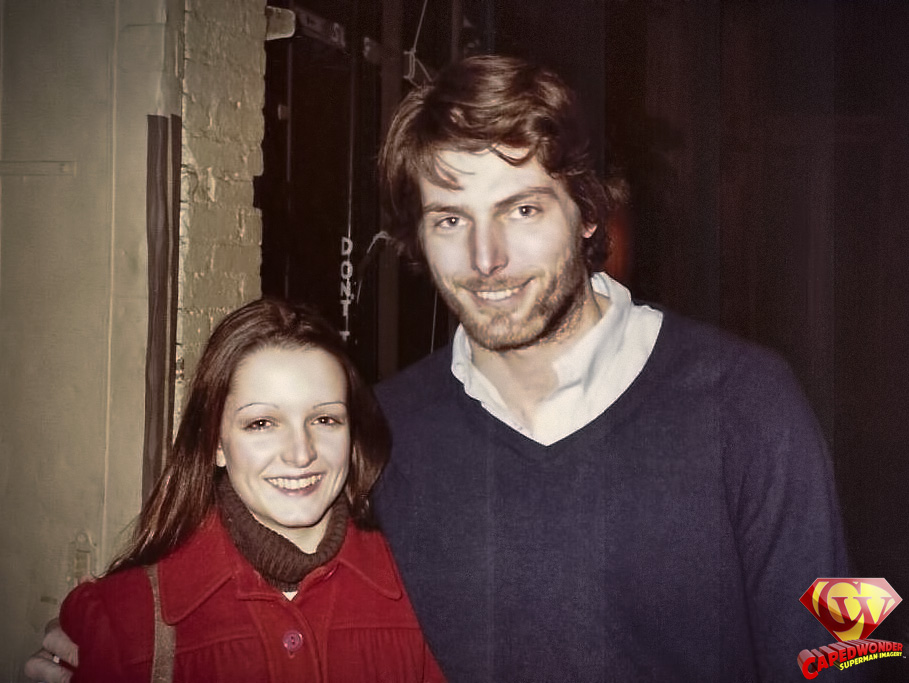 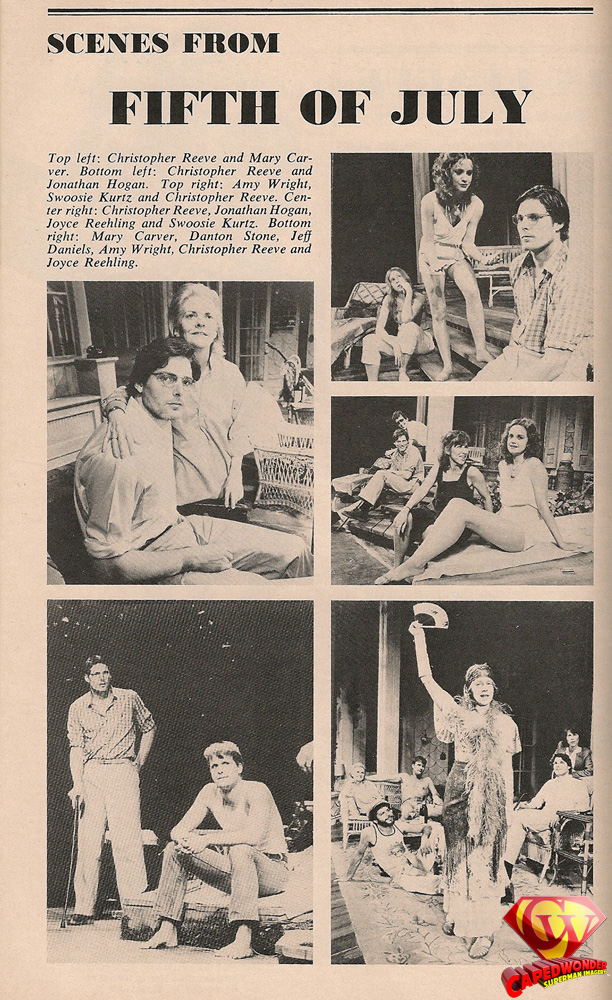 Thanks very much, Michael, for sharing your wonderful experience of meeting Christopher Reeve with your (then future) bride, Cathy. As you know, Chris absolutely thrived on performing in theater, especially in New York City, so you had a rare opportunity to see him in his true element. Like so many people I’ve met who have also met Chris, they all came away with similar, special memories of meeting an actor and gentleman with class, courtesy, enthusiasm, and professionalism.

Michael, I so appreciate your support of CapedWonder™.com and its continuing mission to help keep the legacy of Christopher Reeve alive for many, many generations.

Chris, your Honeymoon Haven Hotel video was quite enjoyable – keep up the Super Work!